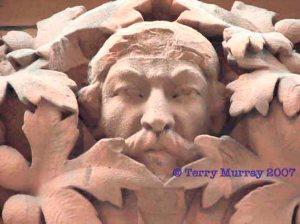 When I led a small but enthusiastic Faces on Places walking tour past the building on Saturday, we noticed that JK was missing a chunk from his cap.
It’s a designated heritage building, so I’ll look into whether there’s any way to get JK repaired. 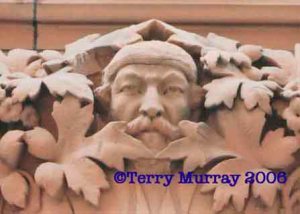 MARINA CITY UPDATE: Lynn Becker, on his ArchitectureChicago PLUS blog, reports that the Marina Towers Condo Association Board has passed its wrong-headed rule requiring people who want to photograph and publish images of Marina Towers to seek its permission and pay royalties. Only now it’s citing trademark law rather than copyright. Lynn, a Marina City resident, is so fed up that he’s said he won’t write about this subject again “unless the MTCA board is actually stupid enough to try to enforce it.”

One thought on “A chip off the old…”